Share a memory
Obituary & Services
Tribute Wall
Read more about the life story of Doug and share your memory.

Arthur Douglas Lewis June 22, 1933 - Nov 2, 2022
Doug was the 3rd of 8 children born to Hec and Ella (nee Turner) Lewis, including, Phyllis (Bill)
Rose, Bill (Opal) Lewis, Jack Lewis, Evelyn (Cliff) Dunn, Bob (Pat) Lewis, Loretta (Denis)
Palmier and Eileen (Jesse) Demko. They lived in Sanctuary and Wiseton in his early years and
after his father returned from the war the family moved to Sovereign. At 17 he left home to work
on the rigs in Alberta and southern Saskatchewan, coming home in 1957 to help his Dad at the
garage.
He married Norma Decker in 1960 and began farming north of Sovereign soon after. They
raised three children, Ron, Ken and Debbie.
Doug was a very active and social man. He was a member of the Lions Club, Masonic Lodge,
Rosetown museum, Milden and Sovereign School Boards, Rosetown Dance club, he played
hockey, skied, skidooed, curled, golfed, gave hay rides, went on trail rides, camped, tractor
pulled, did threshing demonstrations, he was a 4-H leader and was always looking for a game
cards
Doug and Norma enjoyed several years of winter trips to Texas and Mesa until his diagnosis of
Alzheimers. They moved to Rosetown in 2015. He was able to stay home under the loving care
of his wife until 2020, when he moved into RoseVilla.

He will be lovingly remembered by his wife Norma, children, Ron and his son Skyler (Allison)
and their children Cassidy and Cody, Ken, and Debbie (Glenn) Hill and their children, Travis
(Amanda) and their daughter Riley, Justin (Mandi) and Megan (Brett). He is also survived by
one sister, Eileen and numerous nieces and nephews. He is predeceased by his parents and
siblings, Jack, Bill, Bob, Phyllis, Evelyn and Loretta. 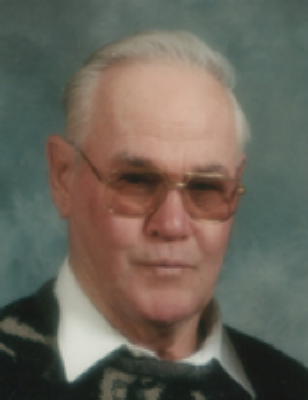 You can still show your support by sending flowers directly to the family, or by planting a memorial tree in the memory of Doug LEWIS
SHARE OBITUARY
© 2022 Shanidar Funeral Services. All Rights Reserved. Funeral Home website by CFS & TA | Terms of Use | Privacy Policy | Accessibility