Share a memory
Obituary & Services
Tribute Wall
Read more about the life story of Mathew and share your memory.

Mathew Christian Heisler, born November 16, 1926 passed away peacefully on November 8, 2022, just eight days before his 96th birthday. He jokingly said he'd like to survive to the same age as did the Queen of England. Unfortunately, that was not to be his destiny. He had a wonderful long life filled with many joys and sorrows.

Mathew grew up on the farm in Vibank. He enjoyed working the land and especially loved his horses, dogs and all the animals in general. At a very early age he discovered his first true love, one that would last his lifetime. It was music and entertainment. This gift he possessed was self taught and became his passion forever. The accordion was the first instrument he mastered brilliantly. Although he played many other instruments, later in his life, the keyboards became his absolute passion. He shared his talent with many people who were eager to dance to, or just sit and enjoy the quality of his music. He joyously did this right up until a month before his journey ended. He met and fell in love with Katherine Ball from Indian Head. They married and had seven adorable children. After leaving the farm, Matt and his bride moved to Regina, where he found employment at the Grey Nuns Hospital (now Pasqua). He worked there for approximately two years, but then had an opportunity to work at Intercontinental Packers. He was there for many years, but also had a life changing experience. He injured his back and subsequently six major excruciating and painful back surgeries were necessary. These were very difficult years for him and his family, but, endure it, they did. When the plant closed down, he was offered a position at McDonalds Consolidated. It is with this company his education expanded. He became a Class 1 Boiler and Refrigeration Engineer. It was the career he always dreamed of. He remained with them until 1985, which is when he finally retired.

Mathew was predeceased by his parents and 12 of his siblings, except one surviving brother, Jack. Also he was predeceased by Katherine, the mother of his children and his second wife Ruth, his daughter Gg Felstead, grandsons Scott Overholt, Danny Biss, great-great-grandson Jax Gosselin and great-granddaughter Dougee Heisler Derouin. He is survived by Bernie (Don) Overholt, Penny Erickson, Matthew Heisler, Kelly Heisler, Faye (Tom) Biss and Kipp Heisler. He is also survived by 18 grandchildren, 22 great-grandchildren, 12 great-great-grandchildren and countless nieces and nephews.

Your memory will never be forgotten. RIP and continue playing your music on your next journey. 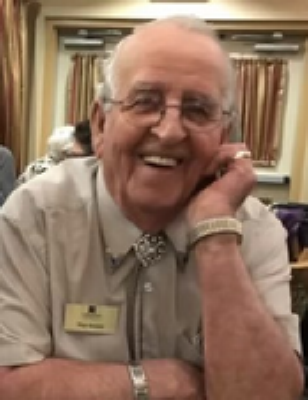 You can still show your support by sending flowers directly to the family, or by planting a memorial tree in the memory of Mathew Christian HEISLER
SHARE OBITUARY
© 2022 Shanidar Funeral Services. All Rights Reserved. Funeral Home website by CFS & TA | Terms of Use | Privacy Policy | Accessibility